German Shepherds and World War II, how absurd can they get? 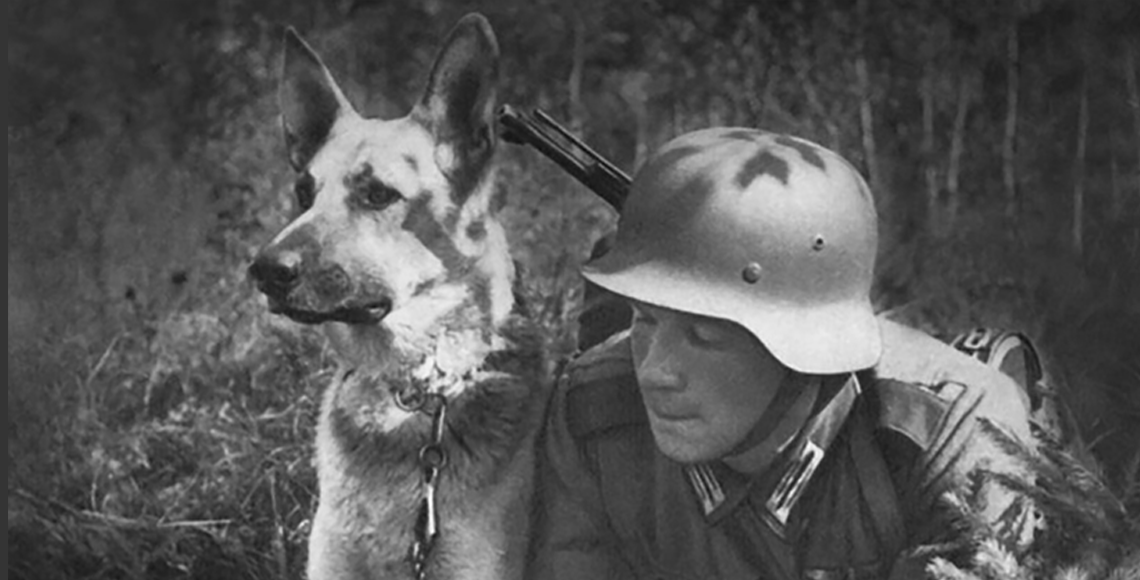 Following the incredible performance of German Shepherd dogs in World War I, German military again started to utilize them in World War II. Military of United States redistributed the German Shepherd and specifically used them as communicators which helped soldiers communicate. The breed was also used as search dogs and guard dogs and their performance was brilliant. Following this, many K-9 training camps were established to train the dogs.

At the beginning of 1942, Quartermaster of the US Army established a proper dog training center in California. The K-9 training camps inducted 32 breeds of dogs for training. Basic training duration of these dogs was eight to 12 weeks. After 12 weeks of training, the dogs were again sent to special training camps such as the scout or patrol training, messenger dog, mine detection and sentry dog training.

SKILLS HONED FOR THE BETTER

Once this special training is completed, dogs are sent into the war platoons. In World War II, military redistributed around 15 war dogs’ platoons into the European and Pacific area of wars. seven out of 15 were in the European area and eight out of 15 were in the Pacific area. And it has been said that due to such great training provided by the K-9 training camp, the scout and patrol dogs gave an amazing performance in the battlefield. And most of the dogs which were redistributed in World War II are the breed of a German shepherd. These military German Shepherd dogs were used for many purposes such as gun-pulling, attacking the enemy, Red Cross, explosive device detection, anti-tank, sentry, communicators, etc

TRAIN YOUR GERMAN SHE ...

Is German shepherd a ...

The concern over anim ...

Send Your Details, and We Will Get Back to You.

Send Your Details, and We Will Get Back to You.